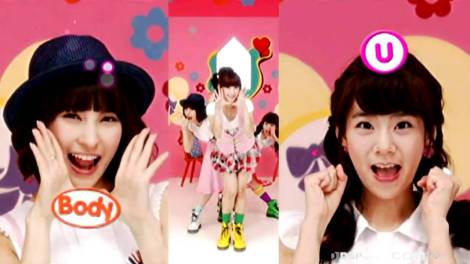 This marks the first release of the iteration of KARA that most people know. This comes after a near year long hiatus due to the sudden exit by former group member Kim Sunghee, but they also added Goo Hara and Kang Jiyoung. This EP is pretty much a reintroduction to the group as they would move forward as a five member unit with the two new members along with Han Seungyeon, Jung Nicole, and lead by Park Gyuri.

Besides “Rock U” being one of my favorite songs from them, this song also has some very catchy songs with the five track lineup. Music videos had also been shot for new versions of “Baby Boy” and “Good Day”. It’s actually pretty easy to go through these songs and not realize how fast time flies. “What’s This” is a very underrated b-track since it too can potentially have been a single. “With” is a very good first ballad as this specific lineup.

I think it was some getting used to with the overhaul of the lineup with one exit and two additions, but overtime, everyone warmed up to this version of KARA. It was the first step towards becoming a force in KPop.

This may have been an EP, but it is filled with quite a few jewels. The songs are so catchy and fun to listen to. KARA didn’t just rebuild, but they more like reloaded. This specific five member version of KARA would end up gaining the most success together. This mini album was just the launching point.