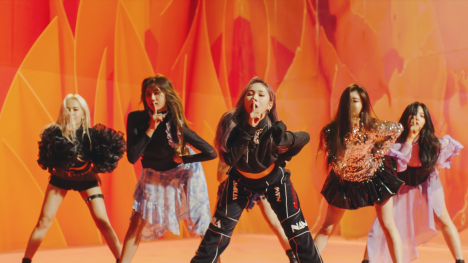 2019 was the year that marked the debut of a new girl group in the KPop scene. After years of working with many different labels in Korea, the Chinese based agency was ready to do things on their own. This new six-member group was to be known as Everglow. There was some hype behind them since some of the members had participated in competition shows.

I felt the B-sides were really good. “Moon” is a chill song with a chic meets R&B sound. I also really liked the song “D+1” and feel like it’s the hidden gem of this debut project. It’s a downtempo slow song, but I dug it.

Their single is called “Bon Bon Chocolat”. It was alright, but not enough to explode into the scene. It felt like an average debut song despite having some great drums and a solid instrumental. I really felt like “Moon” was the better song. I also don’t know what the overall direction is when it comes to the concept.

I kind of like this group but not enough to invest my time to learn more about this group, its concepts, and its individual members. I feel like it was a decent debut, but not enough to like really wow everyone like some of the other groups that debuted in 2019. I feel over the course of the next few years, we’ll see their charm, and maybe they’ll continue to grow as artists.