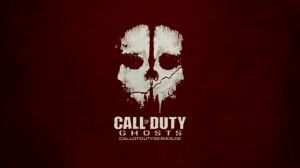 Treyarch has finally released an official trailer for the latest and last map pack for Black Ops 2, Apocalypse. As previously mentioned, the pack contains 4 new MP maps as well as a zombie map. David Vonderhaar discusses the thought processes behind the maps and notes that it was the fans who contributed the most to its creation. He says Apocalypse goes back and pays homage to several older COD maps which were fan favorites such as Stadium from BLOPS 1 and Courtyard from World At War.

Jason Blundell, Executive Producer from Treyarch, remarks that the zombie map Origins is the largest to date with a couple new features. There is a dynamic weather system that changes over the course of play and a zombie-proof tank players can utilize to defend themselves against the insatiable zombie horde. Lastly, there will 1000-foot robots traversing in the background, you know, just to shake things up.