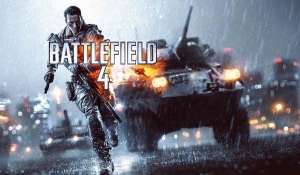 Two new gameplay trailers were released today for BF4 that starts off with a bang, literally. The first video reiterates a noob-like but classic online multiplayer move from BF3 where the pilot kamikazes into an enemy’s vehicle and explodes in a fiery mess that leaves his teammates face-palming. It also includes footage of CZ-805 Chinese assault rifle in play and if you look closely at the vehicles in-game, they do indeed have camos as Dice has confirmed.

The second video features more of the CZ-805 and its attachments which include a Green Laser Sight, Chinese Red Dot Sight and the Angled Foregrip. None of these attachments are necessarily new but they do alter the gun’s behavior differently from their cousins in BF3. At the end there is a weapon unveiled known as the MBT LAW guided missile launcher. It behaves very similarly to the mounted TOW launchers from BF3. The weapon is not new to the franchise and was seen previously in Battlefield: Bad Company 2. This could be a redesign and re-spec of the same weapon.