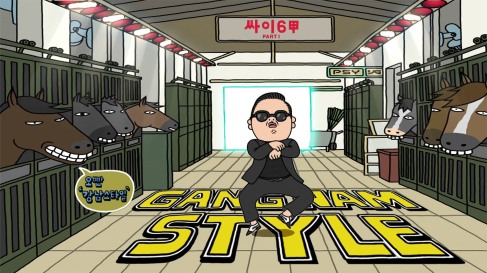 PSY became a worldwide sensation with his global hit “Gangnam Style” in 2012.  It came off the mini album “PSY 6 (Six Rules), Pt. 1”.  I decided to buy this album not for the song everyone knows, but the songs that everyone doesn’t know.  I was curious if he was just a one trick pony or not.

I was absolutely right.  This album was near flawless as it had great special collaborations in house and out like G-Dragon of Big Bang and Gary of LeeSSang.  The songs were on point.  Each song has a different feel.  He was able to switch up his style whether it had more of a hip-hop theme to the high energy tracks.

Due to the success of “Gangnam Style”, every song did literally get over shadowed.  The songs were great, but the other songs get overlooked because it didn’t get a million views or something.

PSY isn’t known for his singing or the ability to hit notes.  It showed in the albums as he relied on his guests to help boost him up outside of his mega hit.

PSY subsequently became a worldwide celebrity and traveled the whole world.  He opened the doors for many KPop artists to hopefully do the things he did.  He also proves that you don’t have to have the stereotypical look or sound to be successful in that genre.