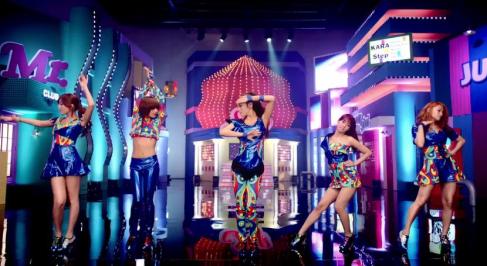 This marks my first “step” into investing my money into the KPop genre as I had become a fan of KARA two months prior but couldn’t find any stores nearby to buy a KPop album. One of my friends was going to Los Angeles and was planning on visiting Koreatown. I had asked her to get me a KARA cd since I wanted one badly and didn’t want to buy a physical album over the internet since I hate waiting for it to ship along with hating to pay extra fees.  The result of this was my first KPop album I ever owned.

I absolutely love every song on the album excluding intros and outros since I don’t consider them songs. There was so much diversity as there were fun songs to dance to all the way to the ballads. It also included my all time favorite KPop song, “Date (My Boy)”. I appreciated the Korean version of their Japanese hit, “Ima Okuritai Arigatou” which became “With My Heart (Dear Kamilia)” to thank the fans for their long term support.

Besides the outro and intro which wasn’t necessary, I have nothing bad to say about the album because I enjoyed every song and there were enough songs to be considered an album.