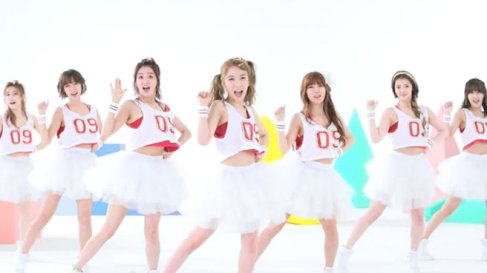 Rainbow is back after a very short hiatus with the second part of their album, “Rainbow Syndrome”. This second part picks up where the last was left with their current cutesy concept with their lead single, “Sunshine”. I bought it for the same reason why I bought the first one which was because I wanted to support the promotions.

With this concept, we saw a lot of bright and colorful vibes. The songs definitely followed suit. “Sunshine” definitely fit into the summer season because it was cute, fun, and colorful. The songs were also very adorable like the predecessor.

As I stated in the first part, why not release this part and part one together as an LP? Both of these albums were in the same concept and promotional period. It would be alright if parts one and two were completely different like several artists in various musical genres have done when promoting two different musical projects around the same time.

I definitely enjoyed this electro pop with loads of dance in it. It can always enhance my day or make me feel good under bad circumstances. I do feel that this album is totally underrated.