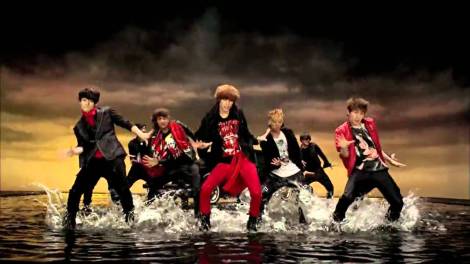 As I get more into the music of SHINee, I had to go back to check out their earlier stuff which brought me here.  Obviously, I had to backtrack because I had gotten into KPop officially in 2012.  I decided to get this EP because I found “Ring Ding Dong” to be a very catchy song.  The other songs were to be determined.

First, I’d have to break this into two halves.  There are a total of six songs, and I’ll write about the first three songs since the first half and second half are completely different.

The first half was simply amazing. “Jo Jo” and “Ring Ding Dong” are fun songs to listen to and dance to.  They are extreme catchy which is why SM Entertainment chose those songs to promote.  “Year of Us” was a pretty decent titled track and started the album off on a good note.

The second half of the album which included “Get Down” featuring Luna from f(x), “SHINee Girl”, and “The Name” weren’t as good.  Sure they weren’t promoted as singles, but I wouldn’t think they would be good enough to push anyways.  They were known as forgettable in my eyes.

I honestly didn’t expect much because you get what you paid for.  My wallet didn’t take too much of a hit, and I knew that I at least got a few decent songs out of this.  SHINee makes some great songs, just not consistent songs.  I’d recommend it to someone who wants to bolster their KPop library.