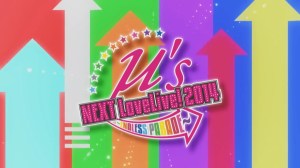 Well, I spent America’s birthday aka Independence Day at the JW Marriott for the screening of Love Live Endless Parade 2014 at Anime Expo 2015.  I pretty much was watching a concert that was recorded the year before on a screen.  I was pretty interested to see how it would turn out.  This event is one of the leading contributors to why I decided to make the journey to LA Live for Anime Expo.

First and foremost, I’m a huge Love Live fan so this is a huge bonus on my entire experience of this event.  Usually, a ton of people find it weird that I love this series.  This time, I get to be with people that are on the same boat as me and share the same fandom as me.

Normally, I’d hate the hell out of “line con” but it wasn’t so bad because I got to chat it up with other Love Live fans.  One of the questions was “Which one is your favorite member?”, and I responded with “Can’t I love them all?”.  I had received more compliments on my Hanayo in a 3 hour span than I did for all my cosplays combined all four days.

There were so many Love Live cosplayers which helped confirm with me that this is going to be a special experience and that there are so many people that love this series which makes it not weird for me.  I felt right at home.

With my paid ticket to this event, I not only got to see the screening, but also got a swag bag that included a glow stick, a fan, and signed cards of all members.  I felt like I had hit the lottery or something.  Had I gotten in line before hand, I would have gotten the orange glow stick for “Snow Halation”.

Apparently, this movie was to gauge the popularity of the Love Live series to hopefully bring more future events to the United States.  I was going to absolutely support this event to the best of my ability.

I happened to know most of the songs due to actually watching the anime and playing the School Idol Festival game everyday.  Sure I didn’t know the songs, but I felt like I could sing along or something.

Everyone there brought the hype, energy, and more to the screening.  It got so loud that I couldn’t even tell that it was a screening.  I’ve been to actual concerts that were less loud than this screening.  I really felt like I was at a real concert.

This event was so magical especially during “Snow Halation” when the orange glow sticks created the awesome orange sea.

What I learned during this event was that there are so many people that love this series from the concert to the anime to the music to the collectables to the games.  It has transcended a lot of popular media.  The love that everyone brought just made everything so special.  I really did feel like I left with many friends as someone who entered the event solo.  It makes me excited to see what can come next.
Written by: Timtastic