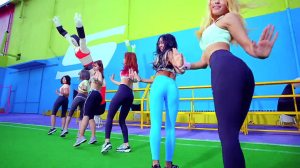 Making another anticipated triumphed return to the summertime season, the girls of Sistar look forward to recreating the magical formula that helps them succeed every year with hit after hit.  They always seem to come back when everyone wants and needs them.  This time, they came back with the mini album featuring the titled track, “Shake It”.  The lead single should please a lot of people especially the music video that comes along with it which should be extremely popular with the fan boys.

The lead single is a solid single which should brighten everyone’s day.  At this point, they keep coming out with hit after hit at the right time.  They honestly could do no wrong as one of Korea’s top tier groups.

Their other songs are pretty solid with their usual collaborators, Duble Sidekick.  There are also guest appearances from Mad Clown and Giriboy.
Bad

As solid as this album actually is, there isn’t that something special that puts it over the top.  Because they’re up on top in the KPop world, they’ll always have this work compared to previous projects.  If we’re ranking the entire album pound for pound, it doesn’t stack up against their previous album, and that’s not necessarily a bad thing.  It’s a hard thing to duplicate some of your best work period.

It’s a hard thing to get to the top, and it’s even harder to stay up there.  Sistar at this point are still at the top of their game with an unblemished record to their name.  With consistent hits, they rank up there with some of the top names in the KPop industry which makes them extremely valuable in terms of marketing and success.