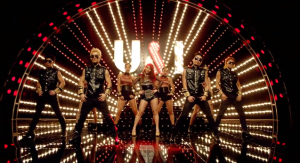 At the time of contemplating of whether or not I wanted to check out her music, I was trying to see who I was overlooking. I saw the performance of “U&I” by Ailee on one of the music shows. It kind of hit me that I should be supporting KPop artists that are from the United States. I didn’t know too much about her at the time and felt that she was doing a great job with her promotions.

Ailee has a very strong voice as she was able to hit those notes. Even though “U&I” was her single to promote, her other songs made the album. It showcased her ability to sing and emote through a song. She had a rock influence, R&B influence, and of course a pop one. I felt that her styles had a lot of variations.

I felt that when she was able to showcase her ability to sing through a particular style, she only did it for a song. Sometimes it takes more than a song or two to truly show that you can sing in a particular variation. She has the potential but just needed the opportunity to show what she is capable of.

I definitely enjoy this EP. The highlight of this album is the end, and I’m not saying that because it marks the end of the album but because my favorite song off of “A’s Doll House” is actually the last song called “I’ll Be O.K.”. I definitely would say that it’s my favorite Ailee song overall.