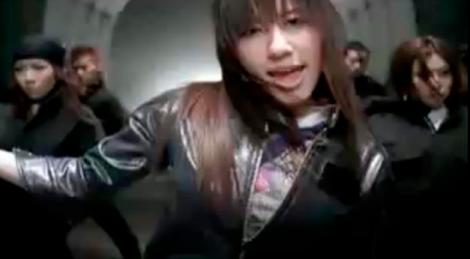 Intro
I was roughly around in high school watching what used to be the International Channel watching Dragonball Z and ended catching some music videos from artists I wasn’t familiar with. One of the artists that caught my eye and ears was Nami Tamaki with her music videos for “Believe”, “Realize” and “Shining Star”. That was my introduction to JPop music.

Years later when I started to officially listen to the genre, I have been unable to find “Greeting” at any store. For years, I avoided trying to buy CDs online. For years, I checked iTunes to see if the album had become available but did not surface at all. Finally, I had the urge to listen to all these songs because streams had it available as well, and I just wanted the album by any means necessary which meant I had to go seek the album out to buy.

A lot of artists are just happy with one promoted single off of an album. Nami Tamaki had four hit singles which consisted of “Shining Star”, “Realize”, “Believe”, and “Prayer”. Many of the other songs were memorable enough to be unofficial hits while the B side tracks were enjoyable. There were enough anime sounding songs with that hint of rock while there were traditional mellow pop songs. It was a great balance between what songs were there.

This album was pretty great as each song transitioned well into the next. Most of the songs I actually liked. I’d say maybe three songs were skippable. Other than that, I enjoyed the entire album.

I really love this album. Nami Tamaki was my gateway drug to JPop music so without this album, I wouldn’t have discovered JPop and a lot of anime series such as Mobile Suit Gundam Seed. This album long term has done a lot for me. This also means Nami Tamaki was also my first JPop crush because I thought it was awesome that someone the same age as me was making music that I enjoyed. “Greeting” is up there with some of my all time favorite albums.