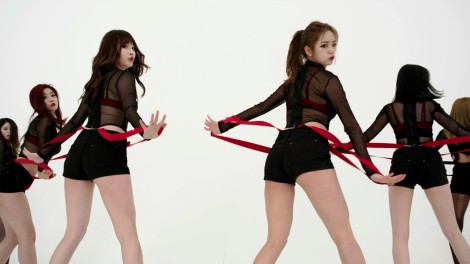 I wanted to get an album where there were more than one or two promoted singles. I wanted an album where I knew a lot of the songs, and that’s where Girl’s Day comes in. I had bought some of their previous singles individually, but I wanted it in a collective album. They had released “Expectation” months earlier, but I opted to get this repackaged album since it had the titled track “Female President” included.

This album is equipped with plenty of songs that fans are familiar with. They had hits from debut up to this point like “Hug Me Once”, “Twinkle Twinkle”, and “Oh! My God!”. “Don’t Forget Me” is the song that made me into a fan. They also had the two songs that really caused their careers to blow up in “Expectation” and “Female President”. The song that really surprised me is “White Day” because I didn’t expect them to have an R&B sound to their arsenal of songs.

There isn’t too many bad things, but some of the songs on this album were released when there were more members. Some of these songs were released in 2010 and 2011. It’s unfortunate that former members Jihae, Jisun, and Jiin were not around for their overall efforts to come to fruition.

This album pretty much covers their career up to date from when they had a more bubble gum cutesy concept to the more recent mature sexy one. This by far is my favorite Girl’s Day release as it almost is a greatest hits compilation along with some underrated B tracks that everyone should check out. Their B tracks are surprisingly great