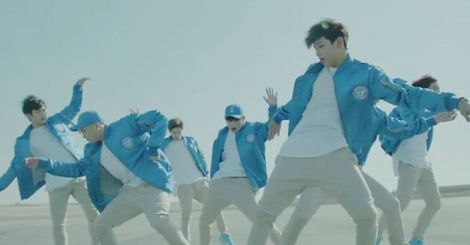 It’s very fortunate to see a group like Got7 grow from a start up group put together by J.Y. Park to being a powerhouse boy band in the world of KPop music. They have shown that they are capable of headlining their own concerts or multi artist events. With that being said, I opted to purchase “Flight Log: Departure” which is the first of the “Flight Log” series because I actually liked the lead single, “Fly”

This album was enjoyable top to bottom. I liked that there were no filler songs where you really have to skip it. In this album, they have shown that they are constantly evolving soundwise. These guys are pretty versatile when it comes to song making.

There isn’t a specific track that really stood to me. Don’t get me wrong. They’re all really solid and you should really let this album run all the way through, but none of the songs individually have replay value unless you opt to only listen to the single. If you really give it a chance, the songs might be great though.

This wouldn’t really qualify as a great album, but more along the lines of a good extended play at best. If anything, this is the first of three in the “Flight Log” series, so sky’s the limit on how much they can improve music wise. It’s still a decent album, but doesn’t rank up there for me on albums I’ll listen to when I want to hear music