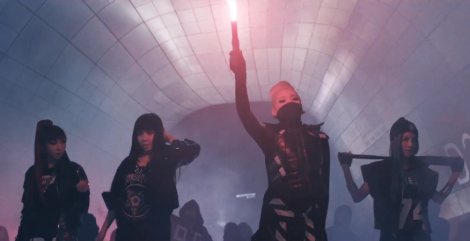 In terms of quality music released, 2NE1 is up there with some of the best. The released “Crush” for both the South Korean and Japanese markets but both ended up being different. As someone that can easily listen to a 2NE1 album from top to bottom, it became a no brainer to buy “Crush” just to listen to this album

I’ll start with the Korean version first. This is nine brand new songs along with an additional track that’s an acoustic version of “Come Back Home” which was their lead single.

In the Japanese version, it also came with the Korean disk. Some songs were omitted from this version, but previous known 2NE1 singles that were released before “Crush” were remade for this market and added into this version. It pretty much became a compilation album with this version.

Both versions were great with diverse songs from top to bottom.

The Korean version never got a Japanese treatment with the double disk. They were restricted regionally. I’m pretty sure Blackjacks that purchased their previous songs before the release of “Crush” would love to have them all on one album.

The Japanese market did lose out on some songs that were exclusively made for the Korean one. They didn’t get songs like “MTBD”, “Good to You”, and “Baby I Miss You” made in Japanese..

If you want quality, you got it with this album. In this album, you can see CL taking a bigger part of this album with her own song and penning lyrics for some of the songs.

It pretty much also marked the end of 2NE1 as they never dropped another studio album afterwards as each member embarked on their own solo projects. It is a great end to one of the best KPop group ever.