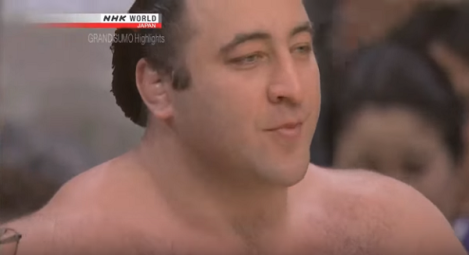 The Ryogoku Kokugikan aka Ryogoku Sumo Hall hosted a major sumo tournament to kick off the 2018 calendar year. In the world of sumo wrestling, there are six major tournaments in Japan. Tokyo hosts three events while the other three events take place in Osaka, Nagoya, and Fukuoka bringing the total to six. The host cities usually alternate back and forth during the course of the year. This marked my first sumo wrestling event, and I would soak in every moment of it.

What really blew my mind was the rich history and tradition of the sport. Upon entering the train station, there were murals of past winners, statues of sumo action, and stats to learn more about the sport of sumo. The neighborhood had even more sumo references while the indoor arena was like a glorified museum even though the official museum was closed. Sumo dates back several centuries and was even allowed post World War II since the combat sport posed no threat according to U.S. soldiers.

Not only is it a major sporting event and a museum, but it is also a festival. There were many vendors selling goodie bags full of surprises. Many merchandise and memorabilia were sold. Goods of a favorite wrestler were available to buy from cheering towels to keychains. I didn’t realize that the wrestlers themselves were treated like rock stars.

Even the concession stand was suited for the needs of people attending a sumo event. They had snacks that wrestlers would eat. They had full bento boxes and meals that would last the entire day.

What really blew my mind was how long the grind of a single day of sumo wrestling is. Sure the bouts are extremely quick and many bouts ended as soon as they started, but the entire event starts at about 8 am and goes on until 7-8pm. Most people usually show up for the main events when the cream of the crop get to compete while a few hardcore fans show up in the morning when the lower division guys get to show what they’re made of.

I learned to respect the art of sumo. There are a lot of techniques I see in this combat sport that I see in other martial arts like Aikido, Judo, freestyle wrestling, Greco Roman wrestling, and more. There are many different ways to win, and it’s all about navigating through the rough waters of a stacked competition. It was a lot of fun to experience a traditional Japanese past time that has long been celebrated through generations and generations.