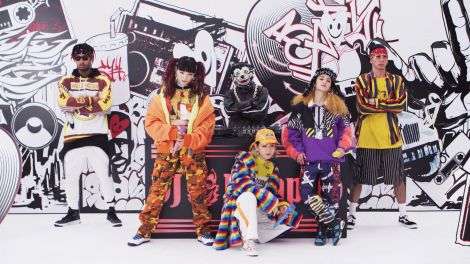 “Oh Boy” marks the spin-off of the E-Girls trio of Anna Suda, Yuzuna Takebe, and Yurino Suzuki now known as SudannaYuzuYully which is a play on all three of their names combined. It gives the girls a new creative direction from their usual positions in E-Girls. Yuzuna would finally get to carry the singing portion of the song while it marks the debut of Anna and Yurino doing vocals in the form of raps.

This album allowed the three to go towards a different direction. The sound is unlike anything E-Girls or Happiness has put out. The sound is pretty much a fun hip-hop dance. As it’s the debut of Anna and Yurino on the audio side, they’re not tasked to carry a song. Yuzuna showed that she’s more than capable of singing verses and the chorus.

Anna and Yurino do a great job as first timers especially in a rapping role. The good thing about each of them is that they each have a distinctive voice, and they also didn’t need auto-tune to mask their voices.

Although “Oh Boy” was the lead single, “First Time” was the song I really enjoyed.

I think sky’s the limit for Anna and Yurino if they’re able to do more activities with this sub-unit since they can definitely get better. It’s not bad for a first outing.

I think it’s a step in the right direction in letting Yuzuna be a focal point in a song. I like this sub-unit since it gives the three a chance to shine which is harder in E-Girls since there are currently 11. Yuzuna showed that she can do the singing portion while Anna and Yurino can do vocals if given the chance. It gives me hope that other members of E-Girls that are currently just listed as performers a chance to possibly sing or rap down the road. I would love to hear Anna Ishii, Kaede Dobashi, Sayaka Nagatomo, Nozomi Bando, Harumi Sato, and Nonoka Yamaguchi get a chance to lend their vocals at some point whether it be in E-Girls, solo, or in a sub-unit.