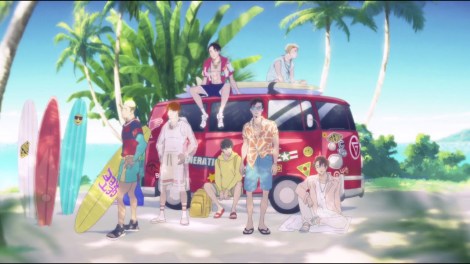 There’s only two songs which are the titled single and “Control Myself”. The song “Brand New Story” is quite enjoyable while “Control Myself” is a perfect song for those that are coming from the KPop world and want to check out a group that fits the mold of songs that they like. I’d definitely recommend Generations to a KPop fan that wants to try to check out JPop groups.

There aren’t enough songs to really give a proper grading especially since I’m still trying to understand what this group is all about.

The good thing is that these songs along with various other singles that they have released will be released in an entire album along with new songs. The album will be called “Shonen Chronicle”.