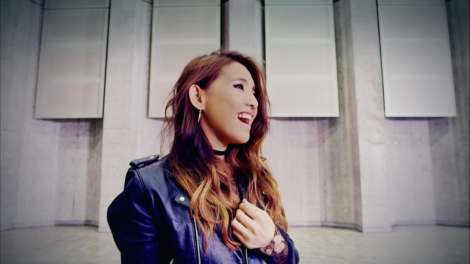 Beverly is one of the artists I enjoy listening to from her fun uplifting songs to the slow ballads. Her powerful voice is the reason why the ballads have more emotion than many other artists that have taken a crack at it. Beverly is one of the more versatile and diverse artists out there since she has made use of multiple different genres.

The songs are fantastic. All the songs are amazing. You can pick and choose which ones are your favorites, and you can’t go wrong. My personal favorite besides the titled single is “Do That”. My favorite songs from Beverly are her later songs, but this is a really fantastic start for her music releases.

So far, it’s really good. The songs are solid. It’s just missing a certain something to make it really great to put it over the top. Considering it’s one of her first releases, it’s a home run. The variety in songs and execution helped put her on the map.

Since she is an artist in Japan, it would have been helpful to have more songs in the Japanese language, but it shows that if she were to also appeal to Western audiences, she has what she needs for them.

Not only can she sing with any instrumental and any style, but she can also do it in English as well as Japanese. Now I know why she’s in high demand. She has her own music to release but many anime series and television shows want her to contribute to soundtracks including opening and closing themes.