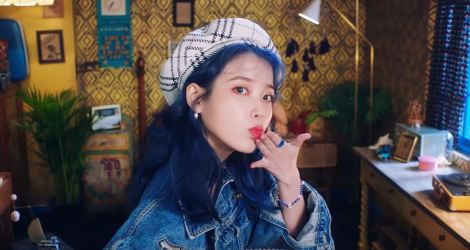 I decided to see what IU’s music has been up to since I had not really been keeping tabs of her more recent stuff as I had mostly been listening to her older music. I heard her music here and there at various places like KPop related stores and milk tea shops. The music was good which prompted me to see what else she had which brought me to this EP featuring the titled track and another single.

I think over the course of her career, she has evolved as a singer and songwriter. I’m quite impressed that she wrote the lyrics for the entire EP and even did the producing for one song. There’s so much emotion going into each song.

A highlight track I’d like to make is “Above the Time” which has an epic theatrical feel like how she had early in her career.

If you’re a fan of KPop with either hard beats or melodic tunes, I’m sorry. This album is not for you. This album goes against the stereotype of what a KPop artist should sound like. She is one of the few that doesn’t go by the so called rules. She’s gotten this far in her career doing what she does best, which is create works of art.

IU has withstood the test of time as she can lay claim that she has made it through the second generation and into the third generation at an unstoppable rate. Every time she makes a release, she receives an all kill which means she sweeps the charts. It got even to the point where the only person that could challenge her would be herself as the titled track “Love Poem” went up against her other single, “Blueming”, to see which song would top the charts. It’s an impressive feat to have the top two songs on the charts.