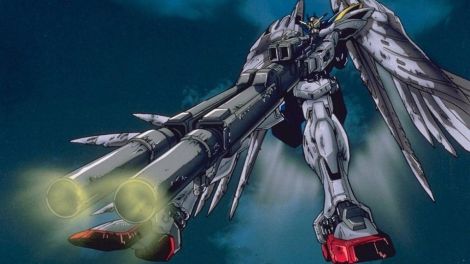 “Gundam Wing: Endless Waltz” is a continuation of the successful Mobile Suit Gundam Wing. It was originally a three-part series released in 1997 but was combined into a movie in 1998. It also has the backstories of our five main protagonists and how they became pilots of the massive Gundams.

After the massive war ended, there wasn’t any need for Gundams in the world. Everyone in the world came to a truce and were coming into an agreement for peace. However, there is a rebellion from those that wish to take over the world and space from the holdovers from the losers of the previous war.

Heero Yuy, Trowa Barton, Duo Maxwell, Chang Wufei, and Quatre Winner must regain their Gundams for one final battle alongside others to maintain humanity and peace.

I wasn’t a fan of the Gundam Wing series to begin with and found it to be a chore to finish the series. In this case, I was glad that it wasn’t way too many episodes especially when the dialog scenes took place. Because it was a movie, they had to speed up the tempo and didn’t have episodes to waste at their disposal.

I did like that they went into the backstories of the five main protagonists before Operation Meteor started (the beginning of the Gundam Wing series) to tie into the previous series and this current adventure.

This movie still had some of the same symptoms that plagued the previous series. It felt like it took forever for any progression in the story to occur. I couldn’t find a reason to root for any particular individual.

I still see Relena Peacecraft as the worst anime character of all time due to her inability to add anything to the overall story, however, her usefulness somewhat shined in “Endless Waltz” but not much.

It’s a decent movie if you want to have closure for this series. I know it has a place in a lot of people’s hearts since the Wing series is their gateway to the Gundam series. I feel like at the conclusion of this movie, we could all move onto better Gundam series.