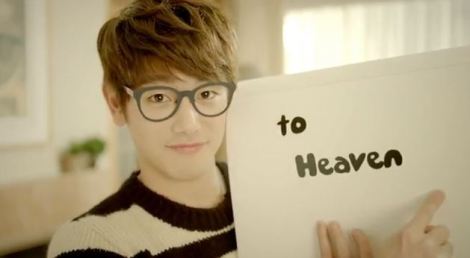 “Cloud 9” marks the debut of Korean-American KPop soloist, Eric Nam. I’ve seen him perform at KCON before and a few of my friends became super fans of his due to his charisma, music, and ability to communicate with the fans. I thought I’d give his music a listen starting from the beginning back in 2013.

The EP is pretty solid all the way through. His lead single is “Heaven’s Door”, but the song I really enjoyed was “Mirage”. “Love Song” was also really good. I do like that he went the contemporary route with music that’s easy on the ears. He had no guest appearances which allowed him to shine. It allowed the music to speak for itself.

Any of the songs could have been hit singles since they all had a similar vibe. There wasn’t a song that truly stood out on its own. It just really all gelled together.

Eric Nam is one of the most talented soloists in all of KPop especially not coming from a group. To see how he came up is really astonishing especially since he’s had his hand in many things outside of music like hosting, variety shows, podcasts, modeling, and reality shows. This was his launching pad into superstardom and he did it with a lesser-known label.

The EP itself was a quick short introduction to what Eric Nam is all about. It was like dipping his foot into the pool to see if it’s cold or warm.