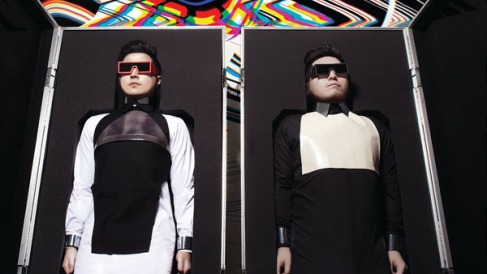 “Square One” is the first album in five years since 2007’s release of “Cosmicolor” as well as their sixth original studio album from Japanese hip-hop group, M-Flo.  This also marks the first official release of original material since they ended their “M-Flo Loves” series although they did not totally abandon their collaborations as they worked with 2NE1 and Cream (Japanese duo) members Minami and Staxx T.

They also took on a much different sound than the much organic work of their previous releases.  They embarked on adding a more electronic sound with drum & bass, house, electro pop, dubstep, and trance along with their hip-hop.  They definitely brought it with their high energy tracks that make you want to do something that involves heart pumping, blood pumping activities throughout the body.

I liked that they brought a totally new sound from their perspective.  They went to evolve from their earlier days with former member, Lisa with that R&B sound to their diversity with different artists to now, this complexity.  They could have stuck to their guns but opted to really showcase themselves as artists.

Another highlight for me was the featured vocals of Minami.  I really noticed her singing on some of the tracks which caused me to check out some of her stuff on the internet.  Her singing definitely stood out for me.  Coincidentally, most of the best tracks have her on it.  It shows like in their “Loves” series that Verbal and Taku don’t always necessarily have to be the stars, and are comfortable with others shining even if it is their own projects.

Those darn skits really bothered me.  They were definitely unnecessary and were really served as album fillers.  I thought the album was good enough with great content without those extra filler tracks.  Those fillers may have cost them extra points in the overall rating.

I had gotten this album expecting the classic M-Flo with that hip-hop stuff but got the electronic injected sound which isn’t necessarily a bad thing because as artists, it helps to experiment. If it works, great. If it doesn’t then at least you tried.