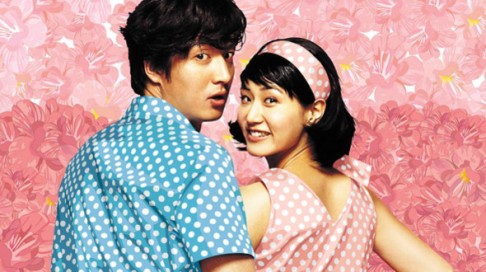 At KCON 2013, I was introduced to the folks of Viki. They are a website designed to bring the western world, a taste of films and television series with English subtitles from other parts of the world. I decided to watch a movie on random as I often do at Cinequest or on Netflix.

Hyo Jin is very good at her job which is to set people up on dates which on occasion end up in marriages. She is good at finding love for other people except for one person, herself. She has masked her life by having a fictional boyfriend to prevent people from asking about her personal life. One day, she falls for a handsome client of hers whom she was supposed to help out. Can she separate her personal life from her professional one?

It was very humorous during the course of the movie. I liked the Hyo Jin as a character because she’s a character we could all relate to. She’s not the most beautiful person, puts everyone ahead of her, and is clumsy. It also gets romantic at the end when we all go “Awww”, and we start to cry.

This movie had some continuity issues. As someone who has worked in that field, it makes me cringe when I see a movie with continuity mistakes. In one scene, she accidentally cuts her eyebrow open and has to wear a band aid. In the next scene, she’s all fine. In one scene, she slices her finger open while the next one, she’s alright. She sprains her ankle, yet towards the end of the movie, she can run.

I definitely enjoyed the movie as one day, I may have to use a dating service if I don’t end up with a significant other. All jokes aside, it was a charming movie that you could enjoy a good laugh with another person. It’s a good popcorn movie you can check out in the friendly confines of your home.