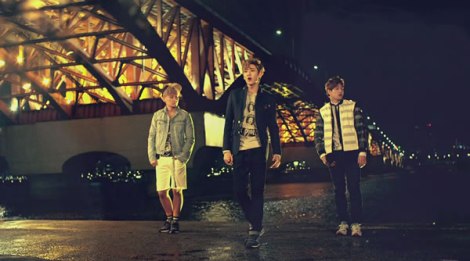 Album: “Should Have Treated You Better”

After checking them out at their concert in San Francisco, I decided to check out more of UKiss’ music.  I opted to check more out buy simply purchasing a few of their albums from their vast catalog.  One of the EPs I bought was uBEAT’s “Should Have Treated You Better”.  This is a subunit consisting of AJ, Eli, and Kevin.

Their titled track was a surprise listen in a good way.  I think it was a good idea to have two members do the verses while one does the chorus and bridge. I feel that it gives everyone a chance to shine in a song.  The immediate song afterwards had the exact same feeling.

The latter half of the album was a swing and a miss.  I find myself skipping the tracks unless I happen to be driving at the moment.  I also felt that there were unnecessary remixes of preexisting songs from the main group.

I felt that it was a taste of something different the group can offer with a variety in song composition.  I feel it gave a chance for certain members to shine since UKiss has many members so not everyone can get the spotlight.  I felt that they have something to build on especially since the three of them can speak English which can help reach international audiences.