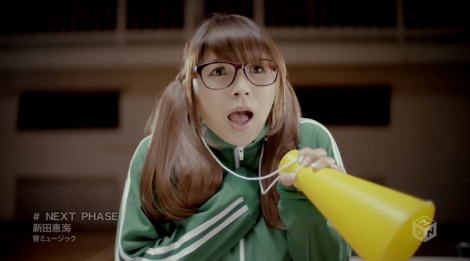 Intro
Of course, I’d buy music from the Love Live voice actresses outside of the anime. That’s what I did with the voice actress of Honoka Kosaka aka Emi Nitta. Apparently, I found out that she has a pretty deep discography herself with singles, albums, and EPs. I opted to start here with my collection of her music. It’ll be a short review due to it being only two songs deep.

Good
The titled single has a cheerleader theme with lots of chants. Sorry! I was picturing Honoka saying “Faito daiyo!”. The song is very positive and very cheerful which put me in a very positive state. The “cha cha cha” part sounds so fun and would be even more fun if it were in front of a live audience.

The other song, “Yasashiisekai Soshitemiraihe” was a very solid follow up with lots of traditional instrumentals mixed with modern day production.

Bad
Of course, I would have like to have a full length album, but that’s for other albums and EPs she has. I didn’t spend too much on this EP which meant I got exactly what I paid for.

Overview
I’ll always be grateful for Emi as she voiced the leader of the group that changed my life. I’ll always support her within Love Live and outside of it. As long as she puts out music, I’ll continue to support it.