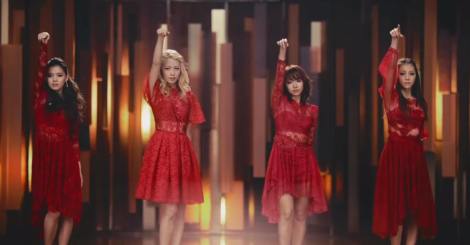 Although the titled track is a down tempo track which showcases each member’s ability to sing, the song that really made me enjoy this album was the B side track, “One First Kiss”. That song, in my opinion, is the highlight of the four track EP since it’s a feel good song that has a lot of replay value with a tad bit of bubblegum pop.

The mini album itself feels like it’s mostly ballads which is more than fine.

The song that I didn’t feel too much was the Wilson Phillips cover “Hold On”. I’m not the biggest fan of covers unless it blows the original version out of the water, but in this case, it didn’t. It didn’t add anything new to this album. The girls of Dream did a great job with the vocals, but nothing new was added to the song not even the instrumentals.

It’s a solid release, but it’s not my favorite. I’ll still listen to the entire EP mostly the titled track and mostly “One First Kiss”. It’s still really good, but it’s not quite great yet. It is pretty easy to distinguish Dream’s music compared to their E-Girls sister groups, Flower and Happiness, which is a more mature sound which makes sense since the members of Dream are older than the members of the other two groups.