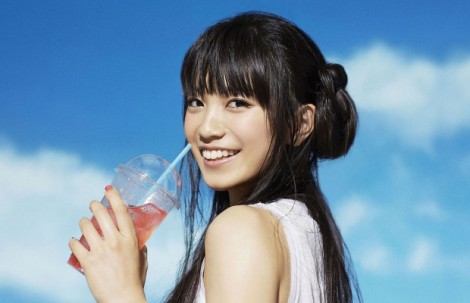 Ever since I started listening to the music of Miwa, I’ve become a super fan boy. Her music brings me joy, encouragement, and happiness. I enjoy her albums from top to bottom and haven’t found any of filler tracks I often dread. I also started going deeper into her catalog of music which is how we’re at her LP, “Delight”.

My gosh, this album is loaded with so many quality songs. All 11 songs are enjoyable. “Hikari e” may be the lead single since it was used in the Japanese drama, “Rich Man, Poor Woman” which became her biggest hit to date. There are no fillers, no interludes, no skits, or anything of that sort. It’s quality all the way through.

The track that I really loved the most is “Whistle Kimito Sugoshita Hibi” because it’s just a beautiful song. Her pleasant voice along with her guitar skills with an orchestra and piano backing makes it a beautifully crafted song.

Outside of “Hikari e”, there aren’t too many singles which means you’d have to give the b-sides a chance which I promise you that you will not regret. I honestly love the entire album from top to bottom with some songs I really am fond of.

When I say that I’m a huge fan boy, it’s mostly because I love Miwa’s music. I haven’t come across a song I didn’t like from her. Her voice is pleasant and her songs are a work of art. The fact that she not only sings the songs and write them too, but she also does the song arrangement. She’s up there with some of my overall favorite artists.