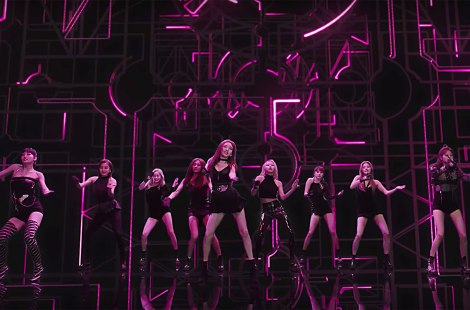 After a strong 2018 with hit singles, album releases, and appearances all over the world, it felt like it has been a long time since Twice released new material, but only a few short months have passed. In April of 2019, Twice released their latest EP, “Fancy You”. It features their single, “Fancy”. After the teasers were posted, it looked like they were nearing a different concept.

Obviously, the most standout song is “Fancy”. The other songs are there to complement and complete the hit single. The individual Twice members also had a hand in writing two thirds of the EP including Jihyo, Momo, Sana, and Chaeyoung. I’d say my favorite b-side would be the song “Strawberry” co-written by Chaeyoung.

I do like this new concept as they’re leaning towards a more mature and sexy one yet maintaining all the great qualities that make them Twice.

I do appreciate that Twice has constantly had a hand in creating their own music, however, after several releases, none of their self creations have been converted to singles. All of their songs that they have written have been on their albums but never getting the chance to stand on their own as a single to promote. On the flipside, they’ve had success with J.Y. Park, Wheesung, Black Eyed Pilseung, and many other famous KPop producers and writers creating their hit singles. I’m just saying that at some point, one of the members will write a song that will become a hit, but it has to be on that level that it would become a hit single. None of them are on that stage yet.

With the upcoming world tour, it’ll be fun to see Twice perform these songs for the first time to the global Once. The positive thing about this latest release is that new fans are being converted to becoming part of the global force known as Once.