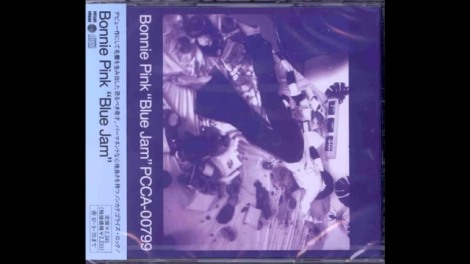 I haven’t reviewed any music from Bonnie Pink but I am a fan of hers for quite some time. I thought I should start at the very beginning in 1995 with her debut album, “Blue Jam”. I was curious about what her style was at this point in time.

This debut album is something unexpected from her. I was expecting some R&B, pop, soul adult contemporary, pop-rock, or a mix of the listed genres. What we got was something completely different. There are touches of pop-rock, indie rock, blues, funk and jazz which is really different than what I expected and what I thought I would hear. It’s awesome that for a debut album, she wrote all the lyrics herself.

Some of the songs I really enjoyed were “Candy Futatsu no Sanpo”, “Too Young to Stop Loving”, and “Orenji”.

It takes some time to get into it. At this point in her career, she is very raw in terms of music-making. It took a few trials and errors over the course of a few releases to refine her artistic direction.

It’s not my cup of tea. It’s not even up there for my favorite albums from her, but I feel that it’s an interesting project worth checking out. I’m excited to hear her music as it progresses during the course of her career.