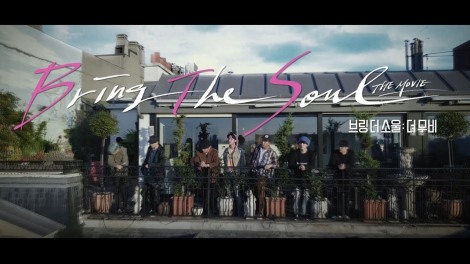 I decided to watch this documentary featuring BTS because it’s rare for American theaters to air a Korean documentary featuring one of the top boy bands not just from Korea, but in the world. I wanted to see what it was all about and thought it would be crazy to see them on the big screen.

The seven guys that make up BTS have dinner to reflect what was the Love Yourself World Tour that they had just gone through. They reminisce about what had just happened during the course of the tour starting with their stadium concert in their native Korea. After starting of their tour with a bang, they hit the United States for a tour through various arenas and Citi Field in New York. They also go through a marketing tour through talk shows, award shows, and more. After that, they went to Europe for some concert dates in multiple cities.

They think about some of the hardships they encounter like injuries, missing family, being away from home, missing out on holidays, and the struggles of being an idol.

It’s cool to see a mega idol group work hard to get where they’re at. They not only have to hit perfection for their sake, but they also do it for the fans that want to see them do their best. I didn’t realize that they are super popular where they’d get the same reactions in America, France, and England as they would if they were in their home country.

You kind of feel for them as people too because they yearn for things that we take for granted like being able to see loved ones.

Sure, we got to see them travel the world, but there were some places that felt neglected. We didn’t get to see a BTS of BTS in such places like their Japan tour where they may actually have the strongest fan base. It would have been awesome to see them perform some of their Japanese singles or the Japanese versions of their hit songs. It would have been a must to see them in some of the big stadiums across not just Japan, but also Taiwan, Singapore, Thailand, and Hong Kong.

Obviously, some of the stops they made during filming didn’t have enough scenes shown on screen. Not much was seen of their Oakland, Hamilton, and Fort Worth stops as most of the movie focuses on Seoul, Los Angeles, New York area, and all of their European stops.

It was interesting seeing them in a different light. The guys work really hard on their craft from the concert to trying to promote themselves and the tour. Not only are they working on their tour, but they’re also working on music in their hotel room instead of resting. This documentary helped inch me closer to knowing them and the fandom.