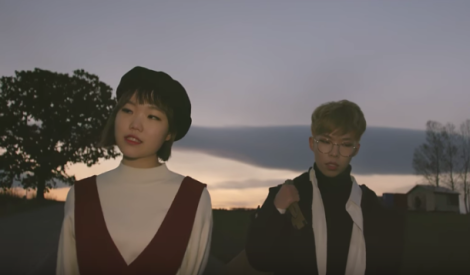 AKMU aka Akdong Musician is in my opinion, the most underrated duo/group in all of KPop. They have a lot of the checkmarks needed to be a successful group except they don’t belong in the typical idol group mold as they don’t do explosive or cutesy dance routines or have an elaborate stage presence that oozes swag. They make up for what they lack with what they got which helped them win SBS’ KPop Star 2.

AKMU is the only group in KPop that can fuse folk music with pop and make it catchy. They don’t have bass, synth, crazy drums, etc. to create music. The songs don’t fall into electronic, R&B, hip-hop, nor bubblegum like most KPop songs in the modern-day. They only need to have simple instruments like the guitar. Their songs are so pleasant. The songs I really enjoyed were “Reality”, “Play Ugly”, and “Chocolady”, but the entire album is solid all the way through with no fillers.

They don’t have that single to promote under. They needed that single to be the rock to anchor this album. A single was needed to build the entire album around.

It’s great that YG Entertainment allowed them to be themselves and create their own works of art. They didn’t force them to become what they weren’t.

Lee Chanhyuk is underrated when it comes to writing songs, but eventually, he’ll get the credit he deserves. His teamwork with his sister, Lee Suhyun, is unlike any other group’s dynamics in the genre, but of course, you could usually count on family.