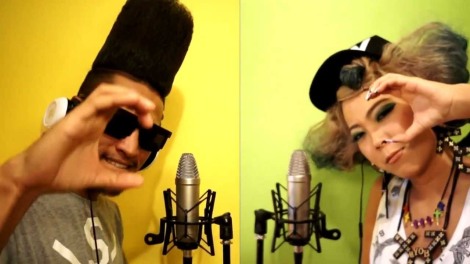 After hearing Minami’s voice being featured in M-Flo’s “Square One” and “Neven” albums, I fell in love with her powerful voice. That prompted me to seek out more of her work then discovered Staxx T and CREAM. I checked out some of their original music and was in awe. I started to not enjoy hip-hop music from the United States on a music composition level, but felt this is what hip-hop should be all about.

Every song on this album is a legitimate hit. Some songs were released as singles, and all the rest of the songs minus the intro and the one interlude could all be considered hits. They perfectly took their influences from hip-hop, R&B, EDM, JPop, pop, rock, and more to make it their own. They took influences from M-Flo and evolved it. They have elements of the JPop scene, American music scene, and Korean music scenes in their music.

The great contrast you have with the strong voice in Minami and the swag of Staxx T create magic. Minami sings and write while Staxx T raps and composes the music which makes them a dynamic duo.

I gave this album an overall rating of 5/5 because it’s one of those albums that really did change my life and perspective on music. When an artist can perfectly blend multiple genres of music to create something different is when you know you have a product that is special. Minami and Staxx T are a great duo that work well together. They each have a role and contribute behind the scenes to make the songs, share equal time in the actual songs, and each have a great visual in the music they make. This is actually one of my favorite albums ever.