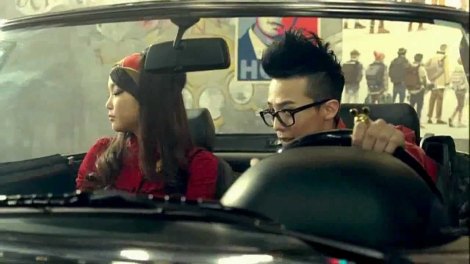 Upon going through some music to listen to while working on other things, I came across this album that I forgot I had. I knew it was good considering Big Bang usually release great projects, but I did forget how good it truly was. I then decided to give this album another run just to reminisce about the good old days of KPop when I was just getting into the genre and when I was round my peak as a fan.

By cutting out the three vocalists, they both could lean towards a more heavy hip-hop inspired sound since they’re both the rappers of the group. Despite not having Taeyang, Daesung, and Seungri, they still managed to maintain the quality of music and made quality songs that are easy on the ears. This album was also littered with either hits or potential hits.

I really loved how the first half of the album was between the two while the second half mostly focused on individual songs. G-Dragon already had solo songs so it was cool to see T.O.P. finally carry a song himself.

To be honest, the entire album was great. Some individual songs themselves were good, not great, but that’s not a bad thing. I’m sure a lot of music was cut out, and the best ones were preserved for this album.

Even though Big Bang has released many great projects, I believe this may be the best project any member or sub unit from the group has released. From the first song to the final song, it takes you on a journey from the energetic “High High” to the heart touching “Oh Mom”. I love their chemistry together where they bounce back and forth in the realm of rapping. Their rapport is unlike a lot of two member groups.