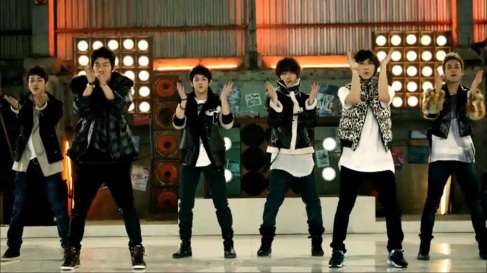 I decided to make the purchase of this fourth mini album from the South Korean boy band, Beast. I liked the song, “Beautiful”. I got to see them perform this song live twice and liked it. I felt it was worth the investment on iTunes since it was pretty affordable.

Surprisingly, all the songs were pretty good. Most mini albums from other groups rely heavily on just the promoting single to carry it all, but the other non singles were quite decent.

Although the other songs were good, they weren’t great. I wouldn’t go out of my way just to listen to specific songs unless I decide to listen to the entire EP through. It’s also a very short mini album as it clocks in at about 16 minutes.

This album helped me see that Beast is one of the better male groups in KPop based off of music. I like them as a group but can’t tell which individual members are which.