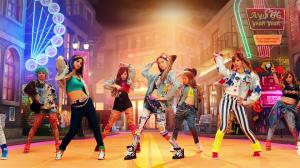 After some unsuccessful attempts to become a full on Sone, I attempted another try to love Girls’ Generation as a group by once again making an investment for a full length album.  I wasn’t too stoked on my previous two purchases due to the fact that there were too many album fillers.  They had plenty of hits, but outside of their promoted songs, they didn’t have much to offer.  As possibly the most famous KPop girl group, you’d want to find a reason to love them.  It should start with the music.

Well, of course, their singles are going to wow everyone, but when it gets to their other songs is where the review really begins. The album starts off with their two known singles, then the rest are songs you really have to explore on your own. “Baby Maybe” was a pretty decent track that I thought had potential. This album actually had more B side tracks that were better than their predecessors.

I feel like with this album, they tried to be more edgier which normally is a good thing, but not in this case.  By attempting to show off their evolution in their concept which ultimately was reflected in their music, they may have steered away from what made them popular to begin with. With the heavy bass and uptempo sounds of the titled track, they were going towards the direction of what makes 4Minute and 2NE1 popular.  I felt that it wasn’t SNSD’s bread and butter.

Although this album had decent B side tracks, I felt that there were still holes they can fix. Just because they had other songs you could actually listen to doesn’t mean that there were still album fillers to be found. All problems are fixable, but unfortunately some takes more time than others. In this case, it may take more than one album to be able to do that.